The De-Lux series has remained only an idea of Gio Ponti, who in 1955 quickly but precisely sketched it on a notebook.
In 2017, together with Gio Ponti Archives, TATO did a philological recovery work to bring out this extraordinary ``modular`` lighting project, in which numerous bases and shades are combined to create archetypal forms of the great Milanese architect. 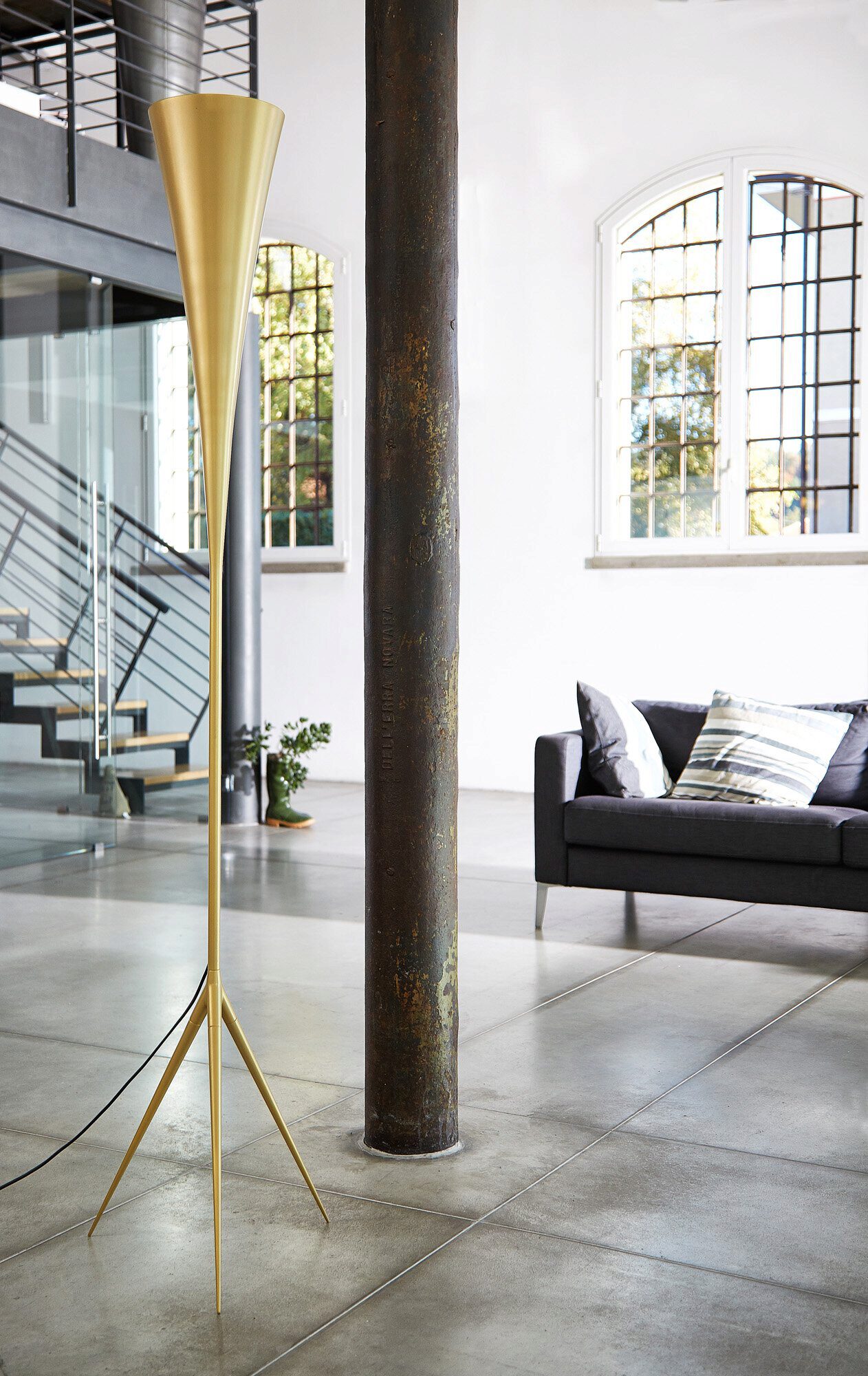 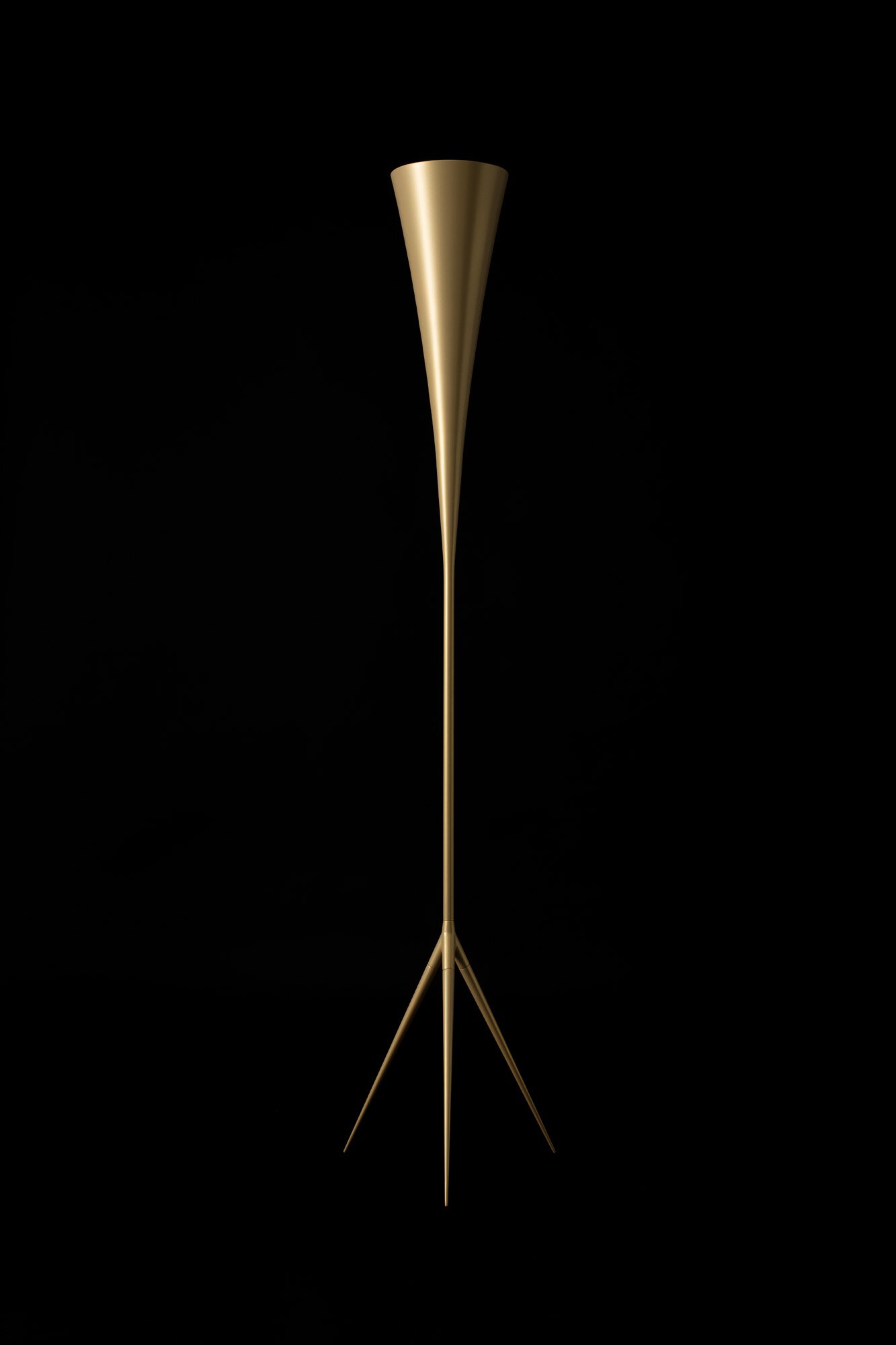 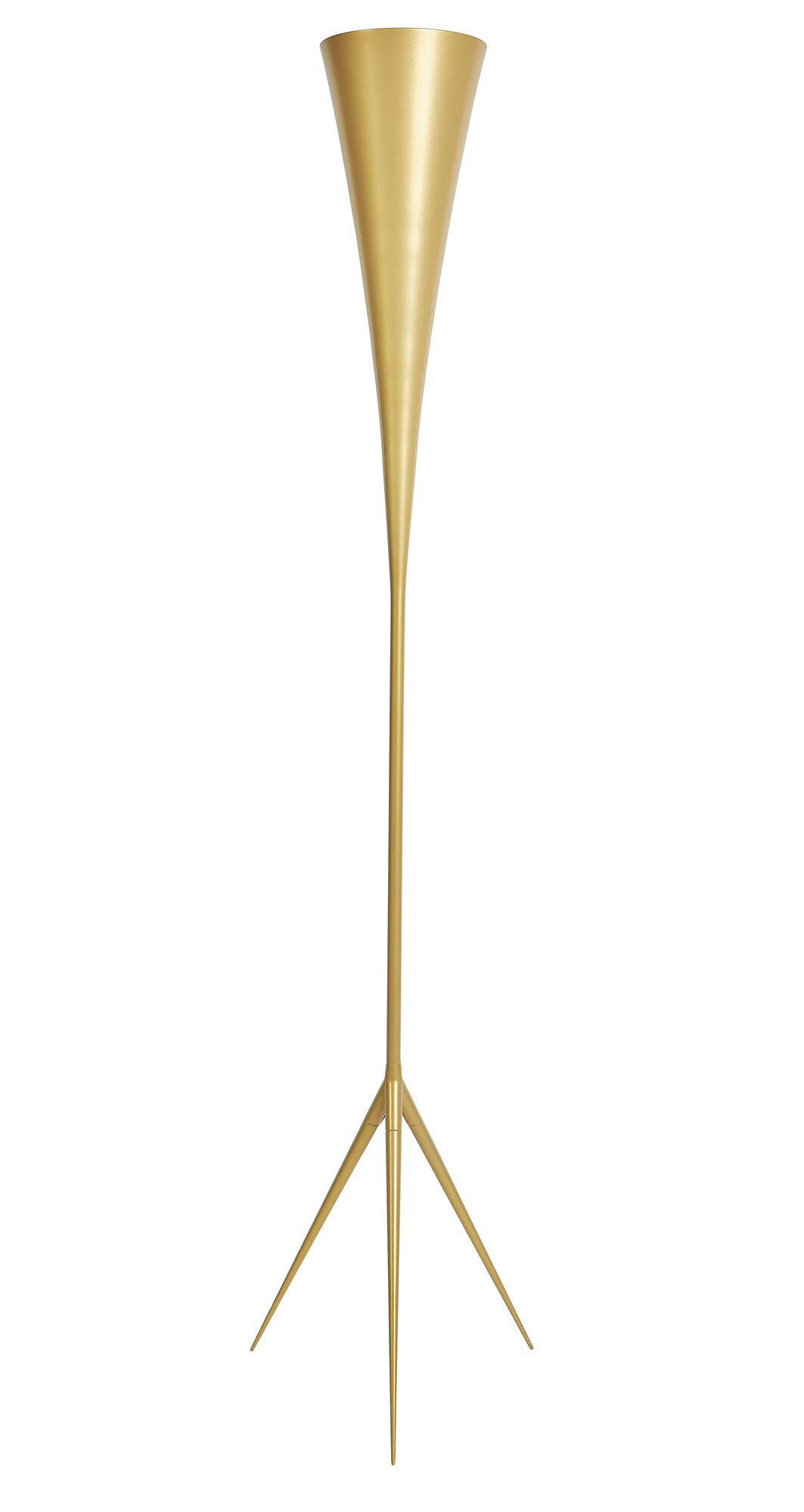 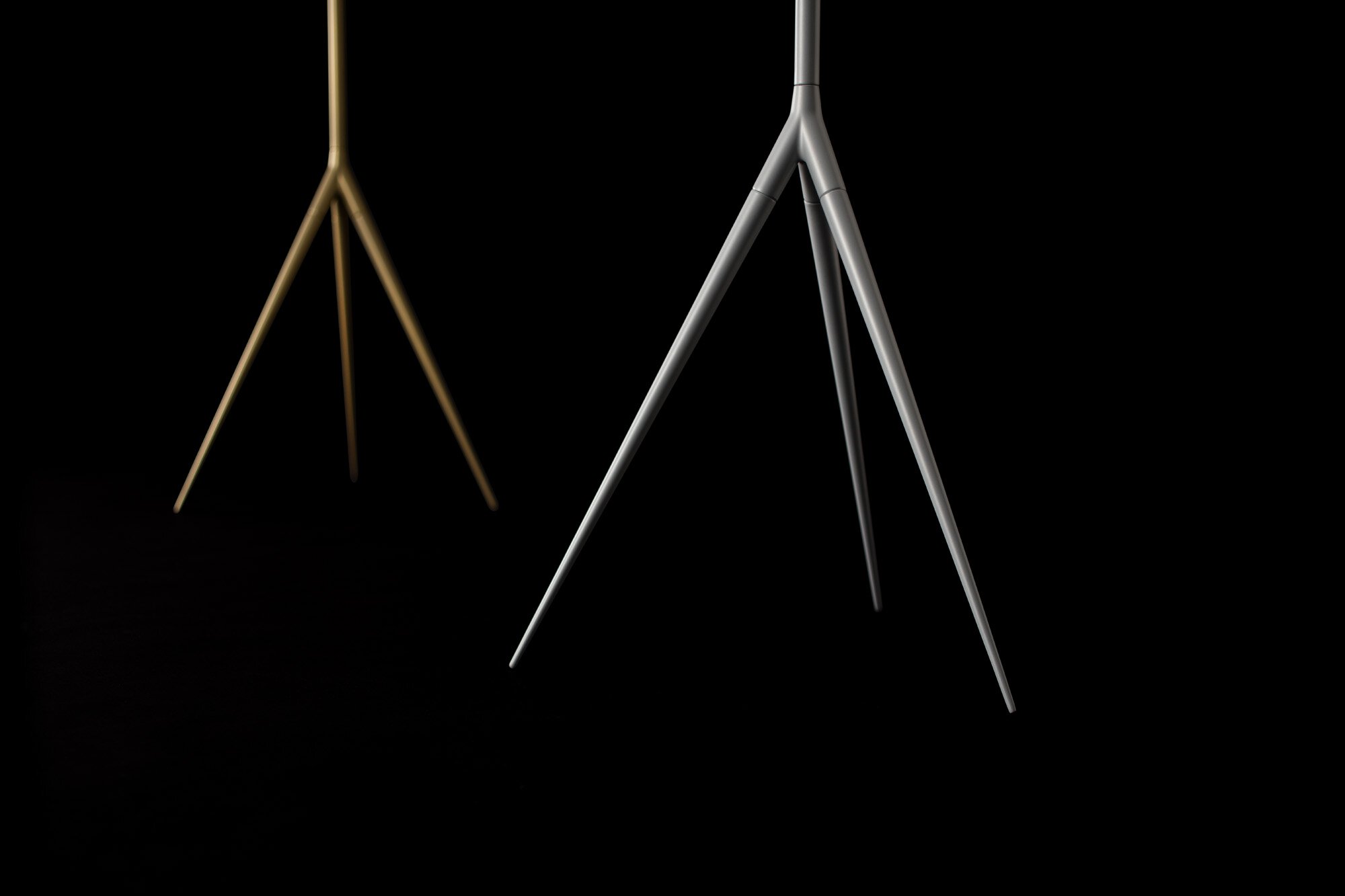 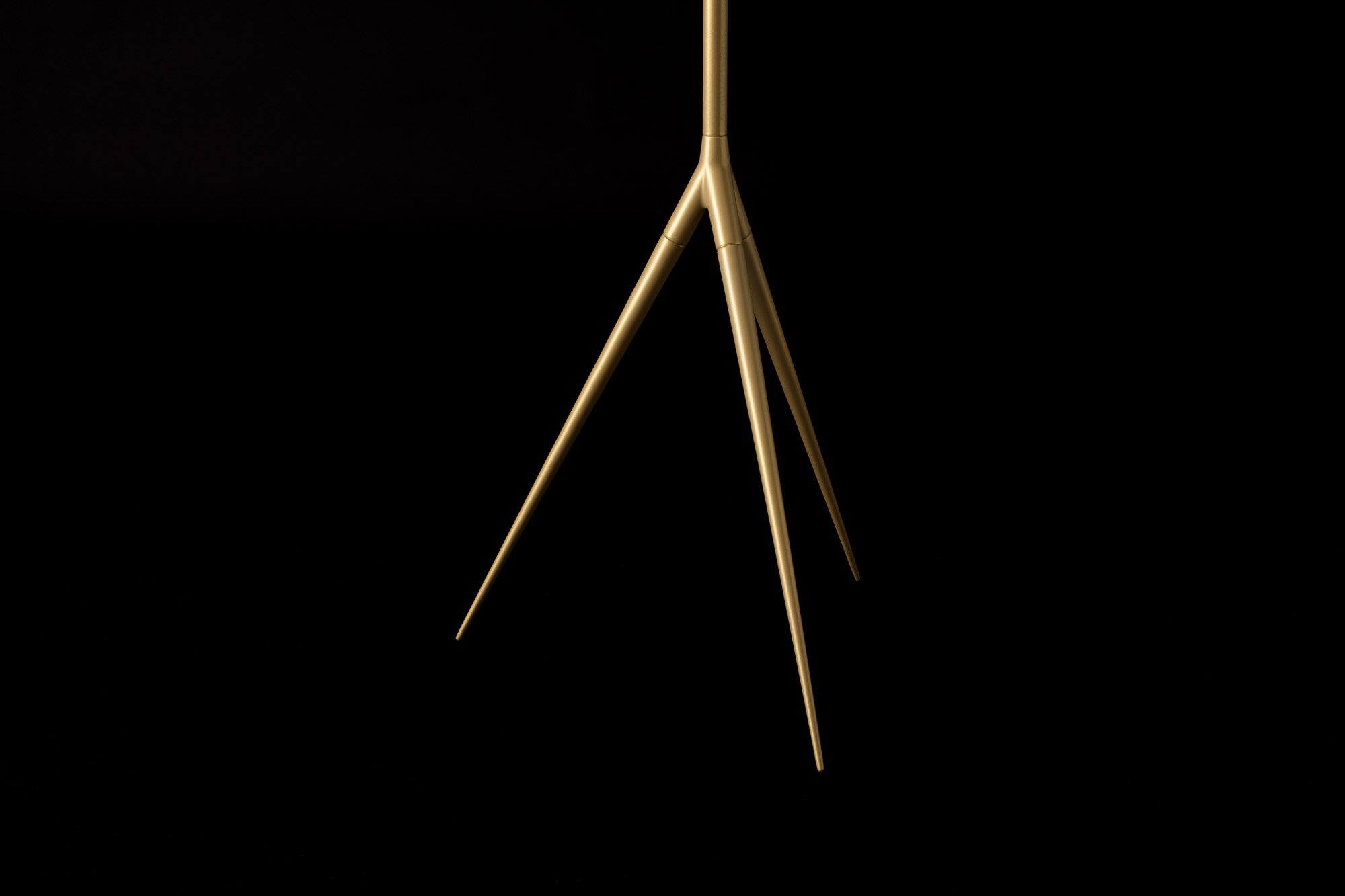 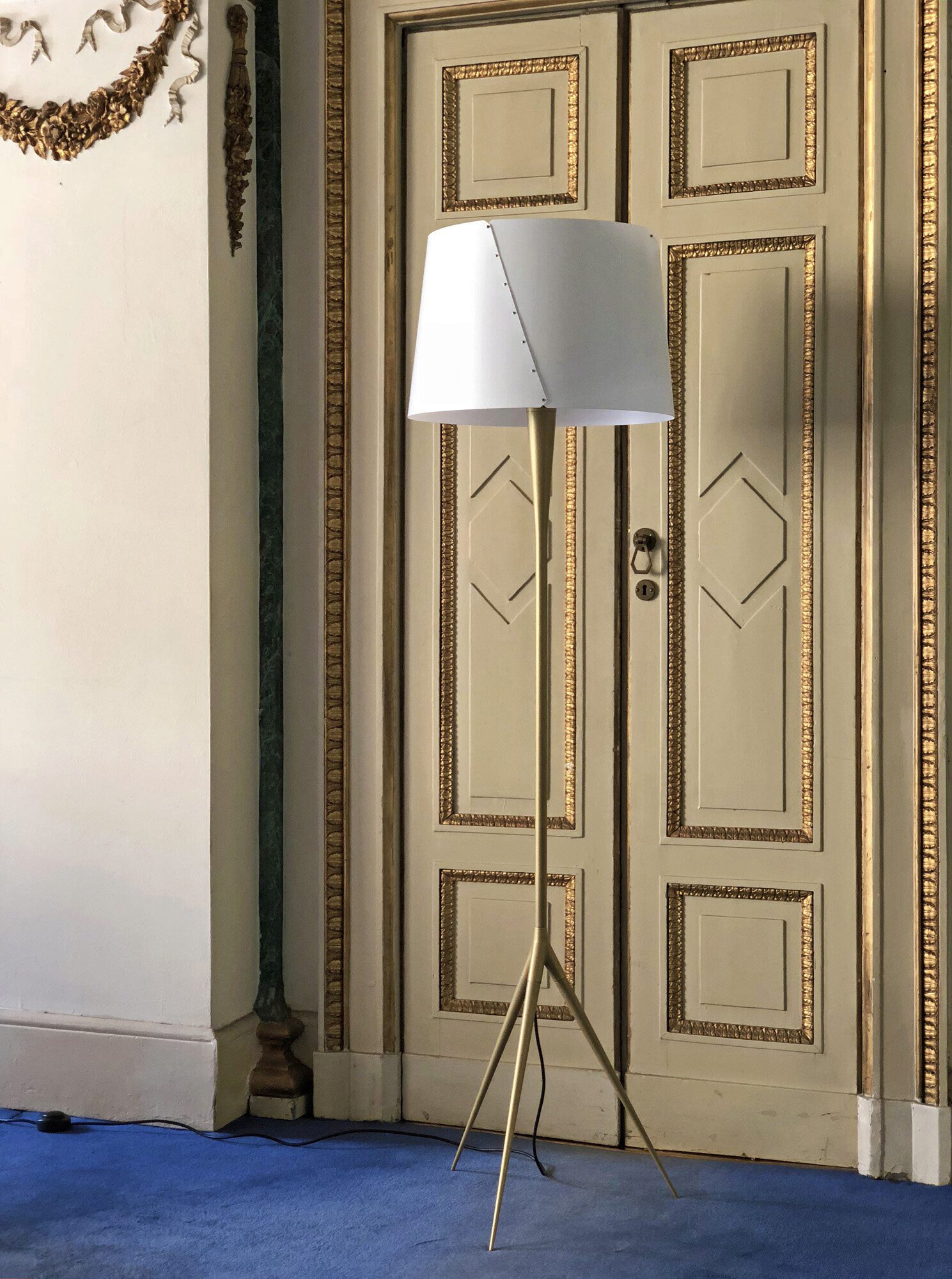 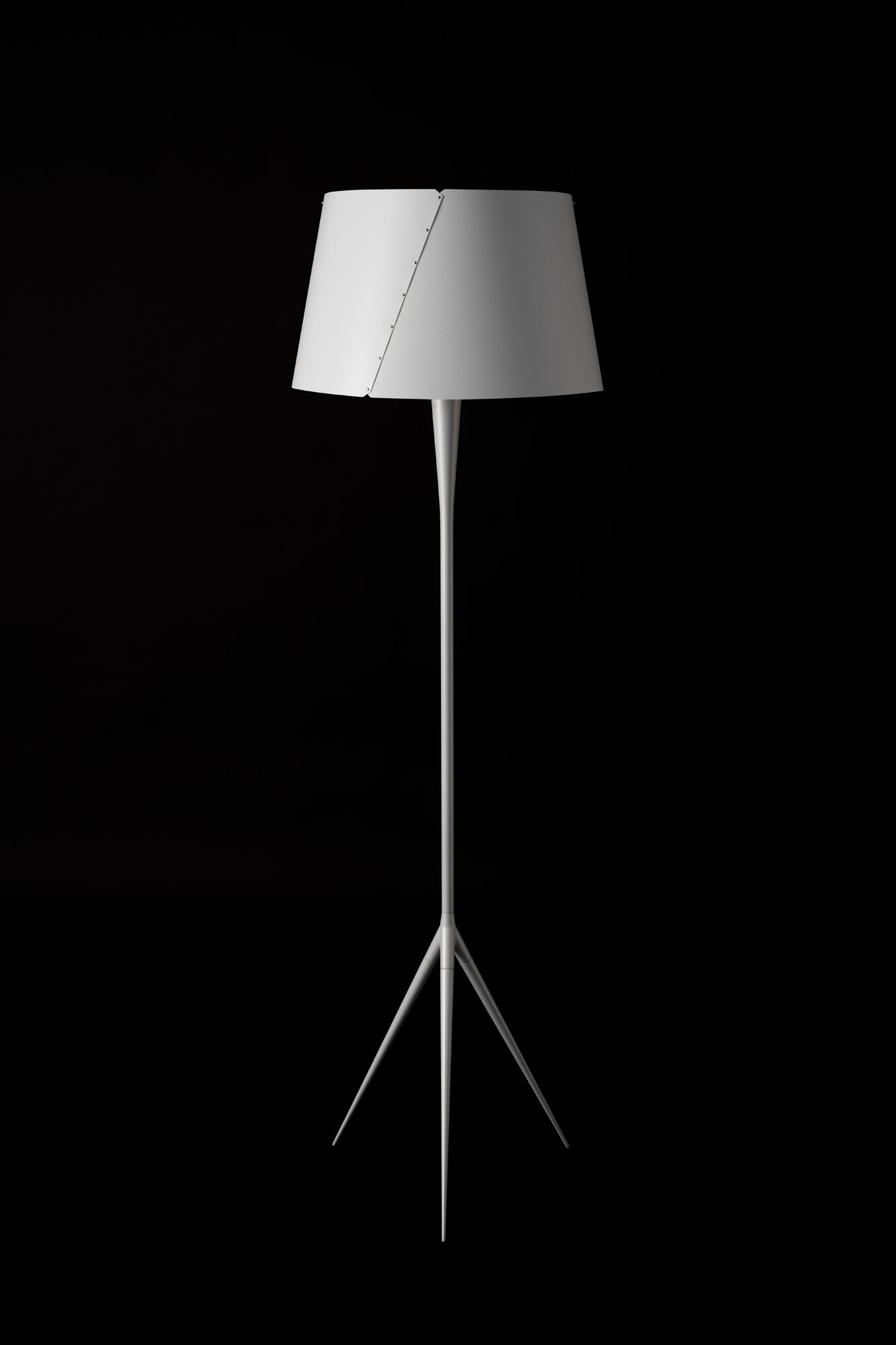 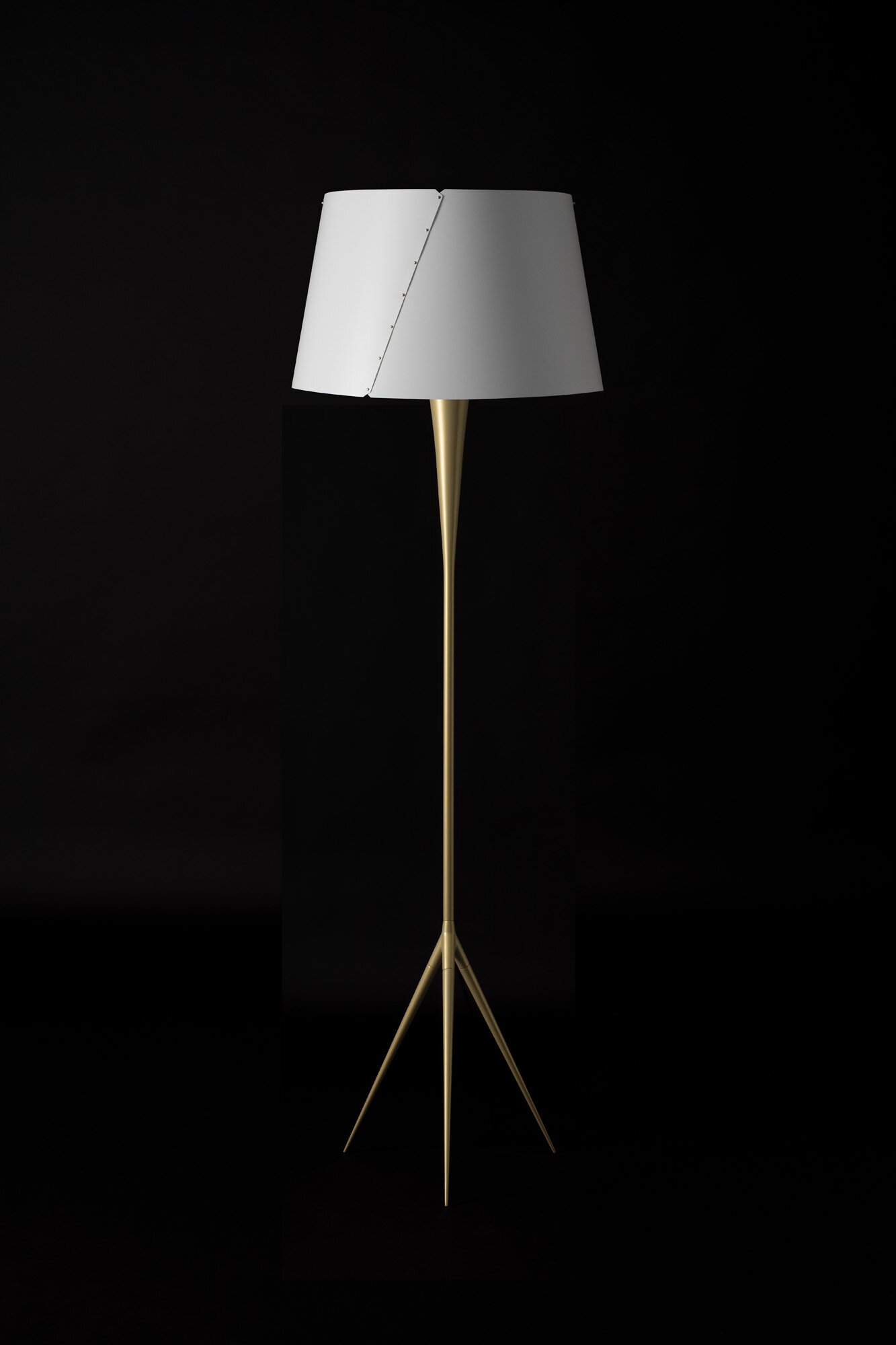 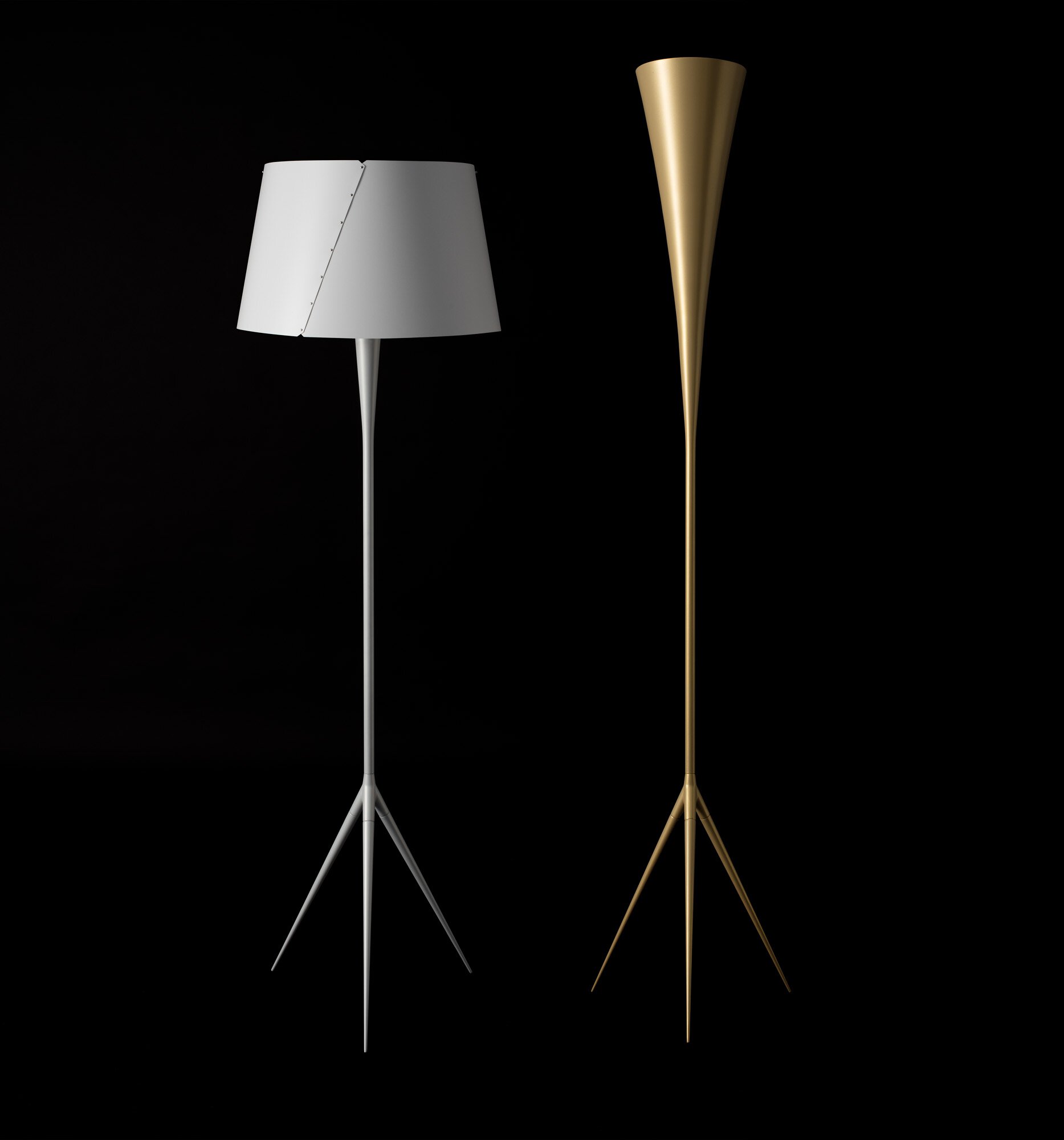 He drew golden sorceress’s hands decorated with flowers. He drew Mediterranean villas and simple prototypes of homes by the sea with an alcove inside where you could sleep. He drew magazines and their covers, costumes for the Scala in Milan, enamelled copper objects, coffee machines and sewing machines, handles. He designed bureaus with Piero Fornasetti, headboards, bed covers, radiator covers, organized walls, self-illuminating furniture, furnished windows, light and superlight chairs, ships, building façades during the day and during the night. He drew kaleidoscope rugs and floors. And he drew lamps. He didn’t draw many, some are archive sketches. One of these is almost a taxonomy, an inventory of pieces, each one indicated by a small letter of the alphabet, an alphabetical chart, also drawn in pencil. A series of bases, different shapes, varying all the time, a tripod, a cone or a square grid that resembles that of a coffee table again drawn by him, in which the different coloured faces, the different aspects of the modular pattern, make it appear different every time depending on how you look at it. The colour schemes are mainly blue in the tiles of the Hotel Parco dei Principi, yellows and oranges in the home/studio in Via Dezza. The lampshades are also different, cone or truncated cone shapes, made of polypropylene, aluminum or brass. And now, from a drawing, they have become objects you can turn on.