Pestello was born for the meeting room of a bank in the center of Milan. It was 1964.
A centerpiece, an ashtray or a nice object to have on your desk. Its purpose is in the eye of the beholder. Sivec marble and satined brass expertly modeled for an object to touch and experience. 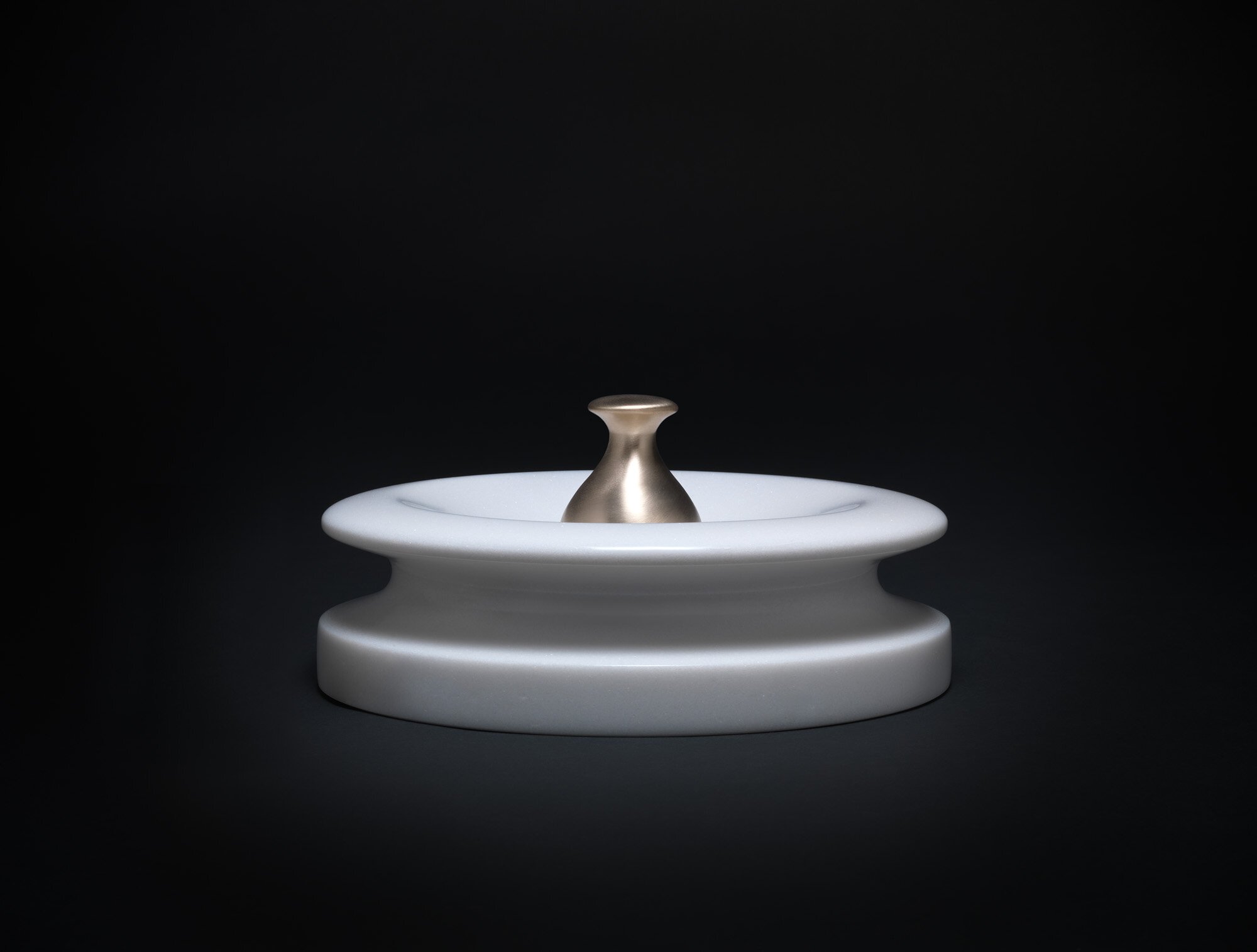 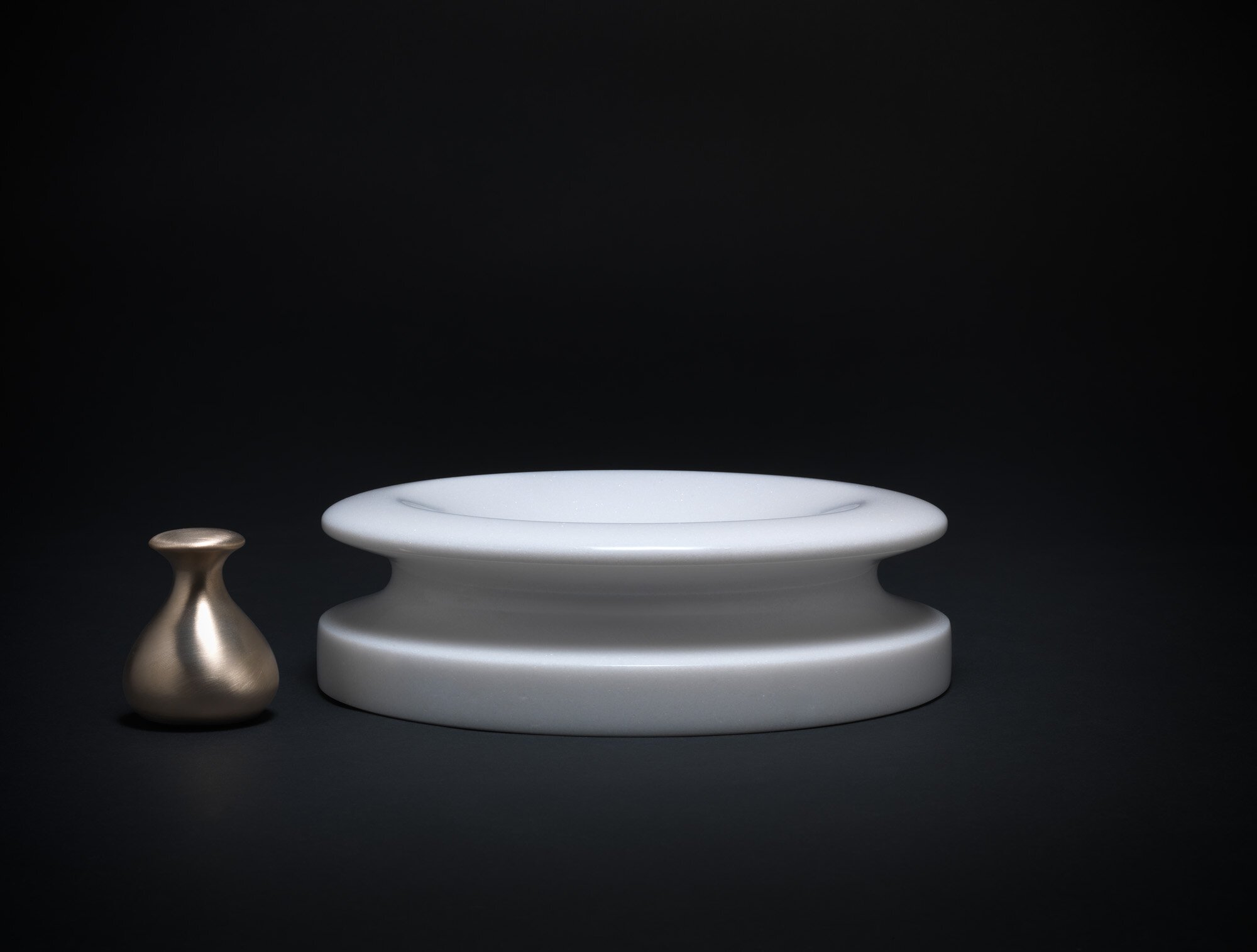 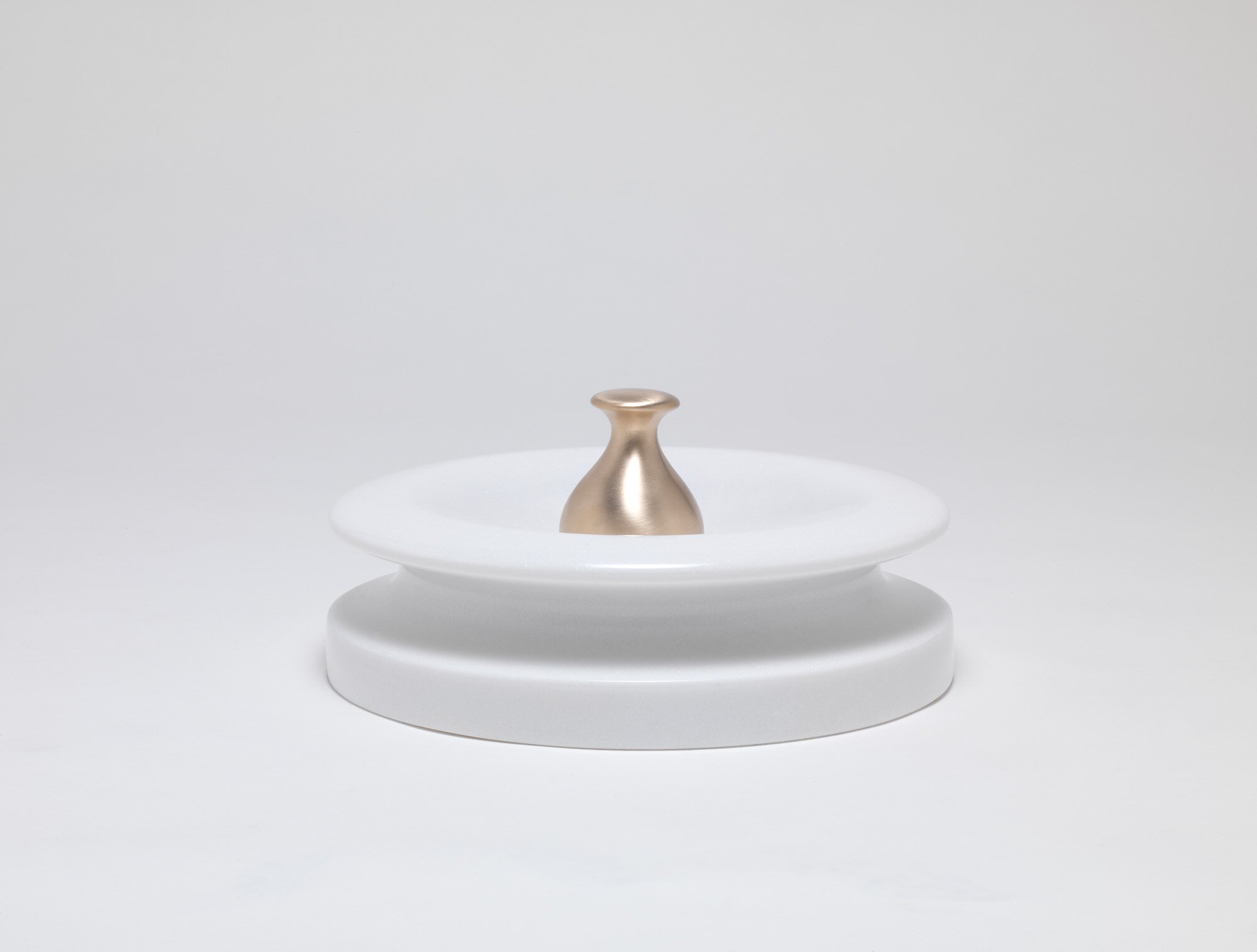 He used to see a lot of things. Many of them had an effect on him, but he didn’t realize it. Then he began to put one thing in relation to another and suddenly everything got a meaning. That always happened while he was driving his Vespa in the foggy streets of Milan, where signals and prohibitions were no longer visible, cars run slower, traffic lights gave colour to the night and all became unreal.

He left his house in Via Puccini, in front of the Teatro Dal Verme, right on the corner with Via San Giovanni sul Muro, towards Via Nirone and Via Lanzone. Although everything seemed to be covered with a light white coat, he looked up and saw the Lucio Fontana’s flickering multi-coloured ceramics that hanged from balconies. He was looking forward to the magnolia blooming in the yard of the adjacent building, designed by Asnago and Vender in the early Fifties. His heart was franticly beating because of an appointment at the Triennale. His words couldn’t keep up with his thoughts. He decided to stop just in front of a house designed by Ignazio Gardella, whose volume almost disappeared in the proportion game of the elements that composed it. He dreamed of a life with his woman in that house: furnishing it with her, choosing objects and books with her as an expression of their culture and education, smoking the last cigarette with her, and finally let her turning it off with the pestle upon the white concave surface of the marble.